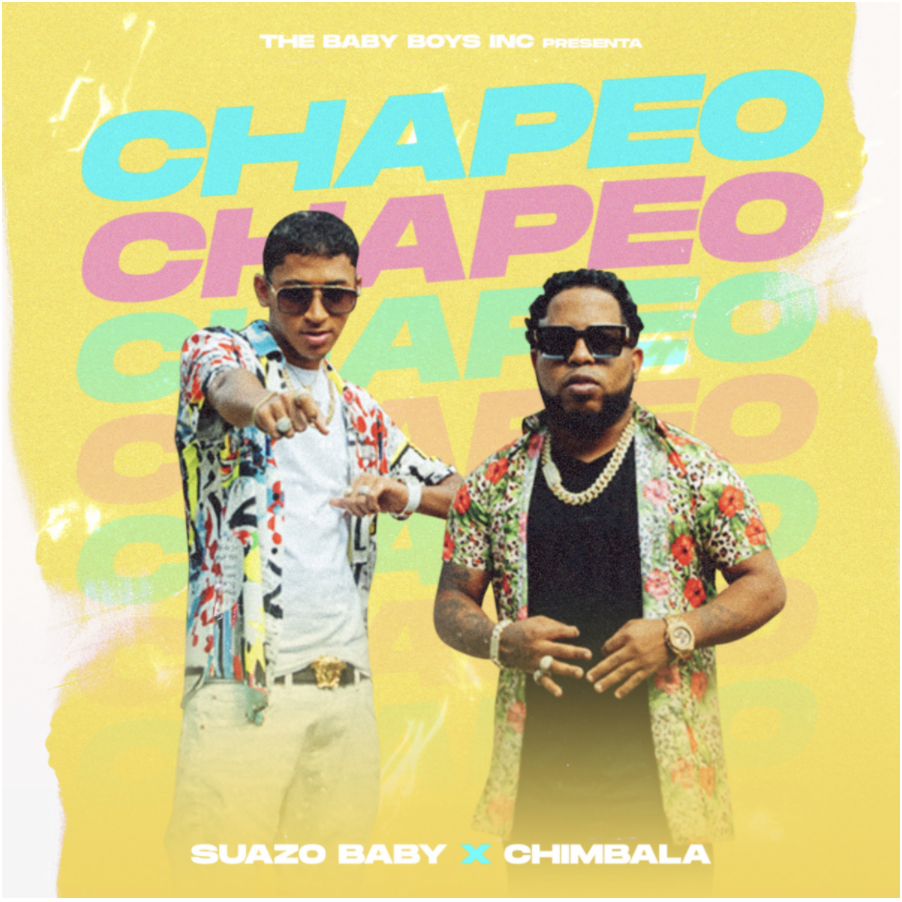 Miami, FL. (February 26, 2021) – Looking for his music to conquer the global market, the Puerto Rican singer-songwriter, Suazo Baby, releases his new song “Chapeo Chapeo” along with one of the top dembow leaders in the Dominican Republic, Chimbala. With a refreshing, youthful and summery sound, the song is being released under The Baby Boys Inc. label and it was chosen by the fitness global brand, Zumba®, as a global priority during the month of March. The single is now available on all digital music platforms.

Produced by Babilon, this new song is characterized by being refreshing, youthful, danceable and with a variety of dembow sounds. “Chapeo Chapeo” (a word used when a woman doesn’t work and takes advantage of others for money), represents a new chapter in Suazo Baby‘s career. The young artist continues to open his way to new markets, not only with collaborations with great artists but also by creating songs that can quickly become a global hit to animate Zumba® classes globally, as is the case with this new single.

“Definitely, this opportunity of Zumba of choosing my song to travel the world through its classes will open many doors for me to continue growing in the industry and to reach places that I never imagined. Although it was a song aimed more to the Dominican audience, I am very happy and grateful for presenting this type of music that is perfect for dancing,” says Suazo Baby after learning that “Chapeo Chapeo” will be the global priority theme of Zumba® during the month of March. “In addition, working with Chimbala was an honor since he is one of the biggest dembow artist in the Dominican Republic. He is disciplined and very creative, I learned a lot during the process of this song,” he concluded.

For its part, the music video was filmed in the Dominican Republic and directed by Wayne Liriano. An amazing tropical scenery predominates the music clip while beautiful women enjoy the rhythms of the song and invite the public to dance with them. The music video is now available on The Baby Boys Inc. official YouTube channel.

At the age of 15, the artist began to improvise music at his school with his friends and today, four years later, Suazo Baby is fulfilling his dream and demonstrating that he has everything to succeed in the urban genre: talent, unique style, musical versatility and unmatched lyrics. Last year, he signed with the independent label The Baby Boys Inc. debuting with his first single “Pamparoso” in collaboration with Dominican Kiko el Crazy. Due to the popularity of the song on digital platforms, he collaborated with Xylon, Kiko el Crazy and Rochy RD in “Pamparoso Remix”, whose video already has more than 2.4 million views on YouTube. Recently he had the opportunity to collaborate with Zion and his son Sean Yev, with whom he released the song “AMOR DE LOS CUERO.”